Why Women of All Ages Should Learn Taekwondo Self-Defense 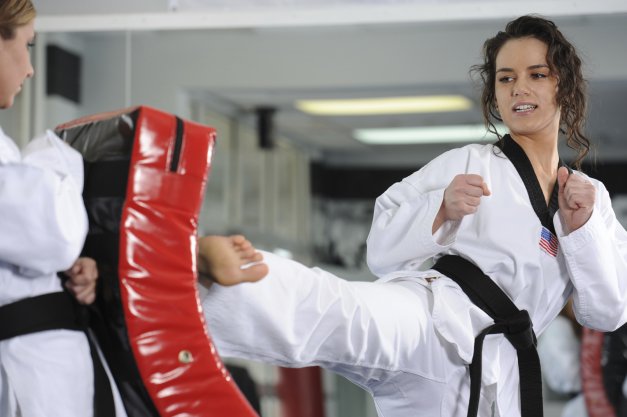 I am a fourth-degree level black belt in the Korean martial art of Taekwondo and a national level competitor. I have been doing Taekwondo since my early childhood and have five fundamental beliefs about why women of all ages should learn Taekwondo for self-defense. I personally recommend that you find a traditional Taekwondo school near you and get started!

First and foremost, it’s to help defend yourself. The world can be a dangerous place and Taekwondo classes can give you training that teaches you the skills and confidence to fight back when faced with a violent or dangerous situation. On average, there are 321,500 victims (age 12 or older) of rape and sexual assault each year in the United States. Self-defense could help against rape or really any attack. 82% of all juvenile victims are female. 90% of adult rape victims are female.

Studies also show that young women in high school and college are often victims of bullying as well. Taekwondo schools like the American Dragon Martial Arts Academies provide training that will give you higher self-esteem and confidence so that you are less likely to be the target of bullies.

Third, it’s one way to get you in top physical condition so that you  can be your own bodyguard. It not only works out the body, but it exercises the mind and spirit as well. Taekwondo training builds reflexes, helps reduce stress, and a lot more. Not to mention the potentially lifesaving self-defense skills that you will learn in your Taekwondo classes. 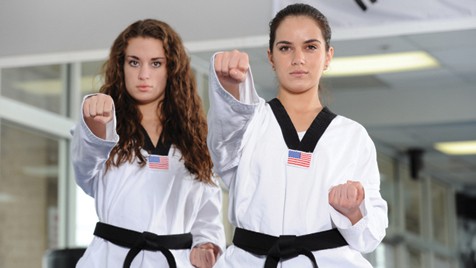 Fourth, Taekwondo will help build an indominantable spirit. This gives you a sense of awareness and the ability to be physically and mentally superior in a situation that is dangerous. You will learn the ability to fight back and never give up while developing a positive “Yes I Can” attitude.

Finally, my fifth reason that women should learn self-defense is that it builds confidence and self-esteem! This day and age, women beat themselves up by ragging on the way they are physically. Taekwondo self-defense training can help you overcome these negative beliefs by improving your self-esteem and body image.

I hope that I have been able to communicate with you the importance and value of Taekwondo self-defense training for girls and women and inspire you to get started training at a Taekwondo class in your area so that you can protect yourself and loved ones.

Mariliis Bateman is a 4th Poom Black Belt in Taekwondo who
is regularly featured on the World Martial Arts TV Show sponsored by the US National Taekwondo Association and the American Dragon Martial Arts Academies. Like our page!